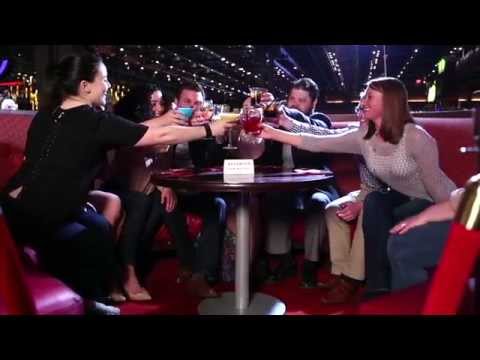 A bit of a bizarre finish here. Bellew looked good in his cruiserweight debut… but I wouldn’t read too much into it. The finish came when Bellew landed a beautiful counter left hook. Brudov fell backwards over his planted left foot. The foot rolled and broke. Brudov made an attempt to get up, but when he put pressure on the left foot he fell back to the canvas. I’d like to see Bellew fight Ofalbi now.

Kell Brook stopped Hector Alvaro Robles in the 8th round

The special one looked about as good as you can when you don't move your head against a game opponent. He landed a ton of shots and eventually made his man's corner throw in the towel and took his shots very well.
 From Sands Casino Resort, Bethlehem, Pennsylvania

Adamek had a low start and paid for it. Glazkov did just enough to hang on in the final rounds to earn a shot somewhere down the line against Wladimir Klitschko.

Grachev came forward every round and fought his heart out, but Chilemba was far more effective at counter punching and winning every exchange they had.

I didn’t get to watch this or any fight live. I was away for the weekend, so when I started getting texts Saturday night (which I promptly ignored) my stomach dropped. Danny Garcia is one of my favorite fighters and I’ve bought so much stock in the “Puerto Rican star” that anything less than a stellar performance is going to leave me with some explaining to do. Or maybe it was Wilder getting KO’d in the first round. All I knew is that when I watched this, something spectacular was going to happen. Here goes: At the end of the first round, I realized that Garcia’s camp may have either watched the wrong videos or completely didn’t watch any videos of Herrera. Their gameplan was not going to work. Herrera is not the guy you wanna sit back and play counter-puncher with. He’s awkward, has no rhythm, and he’s very sneaky with everything. Then I noticed he started to do things that Matthysse had some success with, but he was actually capitalizing on it. The jab to the body at the end of the first round left Danny’s abdomen pink. Bad sign. At the end of the second round I was happy I had decided not to score the fight and just enjoy it. Herrera did an excellent job throughout the fight of taking away what Danny loves. Danny loves to counter-punch in the pocket. Herrera would only enter the pocket when he was getting inside and it would soon end up in a clinch. It was one of those fighters where Herrera was the one who clearly won rounds, like the way Marquez did in his 3rd fight with Pacquiao, and the rest of the rounds depended on how you scored. There were probably 4 rounds where Danny completely lost and if you didn’t give them to Herrera, your paycheck is signed by a guy with the last name of Suliaman or Schaefer. At the end of the fight, Garcia pulled off a majority decision, but we all know who won the fight. I’m not selling my Garcia stock yet. It seems like a lot of fighters struggle when they have a fight in their home country (lol) after a long period of time somewhere else. This is simply a fight where the old saying “styles make fights” rings loud and true. I think Garcia is in a tough position. He’s certainly now ruled himself out of a fight with Mayweather in September. His next fight at 140 should be very interesting.


Deontay Wilder knocked out Malik Scott in the 1st round

I was starting to take notes watching this fight. I was writing that I didn’t like the way Scott was fighting. His idea to now throw punches and feel out Wilder was ill attempted. Especially his footwork. I saw him move his lead foot back, almost on the same line has his rear foot, therefore squaring him up completely before he would change direction. A pretty bad idea when you face a—and he’s down. Wilder landed a straight right that put Scott down and out. When reviewing the replay, I saw that the argument for this fight being fixed was valid and I’m not writing anything else on this one.

There were 2 fights happening depending on how you watched it. One with Showtime commentary, and one with the mute button on. The Showtime announcer saw this as an unexpected Juan Manuel Lopez victory after Ponce de Leon tagged him numerous time. With the mute on, it was very clear Lopez was landing nearly every big counter he threw from the opening bell. Ponce knocked Juanma down early in the second, but when Juanma got up and started to get on defense I saw that he knew Ponce was reaching for everything. He began to find the right distance and just like that found the perfect counter right to drop his man. The stoppage came a bit premature, and especially considering the 2 fighters are vulnerable defensively and a bit chinny, it would have been nice to see if there were more surprises in store.